It seems like apps contests and apps challenges and hackathons sponsored by governments have been all the rage over the last couple of years.

They were kinda cool when they were new, in 2008, such as Washington DC’s original “Apps for Democracy“.   Vivek Kundra, then CTO of the District, valued the apps developed there at $2.3 million, although how he arrived at that number is unknown.

But now apps contests are not just overdone – there are just so many of them – but actually are becoming counterproductive, turning off developers and governments.   In fact, they are stupid.

First, the data sources are not standardized between different cities, counties and states.   This leads to myriad problems.

One of the great breakthrough ideas in the government of the District of Columbia in 2008 was the concept of a “data catalog“.   Governments have always had masses of data which they crunched to produce reports and insights and to support policy development.  But they also kept such data under lock-and-key.   The District’s government made some of those datasets open and available for citizens, academics, researchers and app developers to use.   Kundra’s successors in D.C., Bryan Sivak and Rob Mancini, extended the District’s data catalog to 507 datasets.   Kundra ported the idea to the federal government with data.gov, and a whole industry – including Seattle startup Socrata, is now built on opening up data.

But very few “normal” citizens are interested in this stuff.  Many of them don’t have the skills or interest to spend a lot of time loading thousands of rows of data into a spreadsheet or some statistics program and crunching the data.  Most non-policy-wonk citizens, if they have an opinion on a policy issue at all, have that opinion based on a logical or emotional basis and don’t generally want it polluted or confused by facts.  As an example many people feel “crime is rampant in our city, we need more cops”, when, actually, violent crime has dropped steadily in almost every US City for the last 20 years.

Nevertheless, the open data catalog is a brilliant idea because it allows developers to build apps using that data and display it in new and interesting ways.

My favorite example of this from the Apps for Democracy days is the “stumble safely” app.

This app used the crime dataset from the DC government.  It took your location, as determined from the GPS on your smartphone, along with the time of day, day of the week and other information.    It mashed that data against the crime dataset.   And it showed the safest path for you to “stumble home” from a night of eating or drinking.

It no longer works.

A primary reason:  “stumble safely” used the DC crime dataset, but was useless outside the District of Columbia.   Few other cities – even today – have put their crime datasets in an open data catalog.  And the formats of those datasets vary widely from place to place.   So “stumble safely”, written for the District of Columbia, won’t work anyplace else unless it is modified for each individual city or government.

This is a common problem with almost all government open data on the web.

In fact, the only commonly used data which is standardized – as far as I know – is transit data with the GTFS standard promulgated by Google.  Transit data is widely standardized because transit agencies are like private companies.  They have to market and sell their services – ridership on buses and trains – or they will run budget deficits and cease to exist.

Few other government organizations are in the same situation – there is little incentive for police departments or fire departments or building inspectors or water departments or electric utilities to standardize their datasets and make them open.  Indeed, most of them fear (wrongly so), that exposing data will open them to criticism for problems with the data or bad comparisons with other agencies, e.g. being less efficient or more expensive at delivering service than the same agency in a nearby city.   And every agency will say “we don’t have the time or money to standardize our data.”   It takes strong leadership (aka “arm twisting”) by an elected official or extraordinary leadership by a CIO to push an open data initiative forward.

Yelp, Code for America and the City of San Francisco are trying to standardize restaurant inspection data with the LIVES specification, an effort I applaud.    But I predict this will be a slow slog – slow adoption – for the reasons mentioned above.

A second major reason apps contests are stupid is the lack of monetization.   Apps developers need to eat, too, and put a roof over their heads and a Porsche in their garage.  They’re all looking to create that “killer app”  which will be downloaded a million times at a $9.99 per download.

But how many apps created from hackathons or apps challenges or contests are monetized?   How many of them are still active and downloaded and used?

Stumble safely, alas, is dead (just click on the link here). Most of the apps on Apps for Democracy and other apps contest sites are dead.

A few are living and continuing to develop because their creators are passionate about them (Living Voters Guide by Travis Kriplean) or they do have a monetized component (Seattle Emergency Radio by Brian Adams, monetized via advertising). 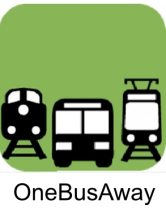 Another potential avenue for monetization is for a City/County/State government to take over the use, care and feeding of an app after an apps contest.   That sometimes happens, but often can be a dicey proposition.  Brian Ferris, a Ph.D. student at the University of Washington in Seattle, wrote One Bus Away, an extraordinarily innovative transit application to track, in real time bus arrival times without using GPS (since Seattle buses at that time had no on-board GPS).  It has a 100,000 users each week.  Brian now works for Google in Zurich, and the area’s four transit agencies are trying (and fighting with each other) on how to keep the app going.

Another possible solution to the monetization problem is offering prize money to encourage participation such as the $100,000 offered this summer by Battle Hack.  When we did the evergreen apps challenge last year in Seattle, the three governments involved were able to offer some prize money funded by federal grants and local innovation funds.  But that’s rare – taxpayers will quickly wonder why we’re offering money to hackers when potholes are still jarring their cars.

One potential exception to the hackathon/monetization problem is New York City.  New York City has its “Big Apps” competitions, 8 million people, hundreds of thousands of businesses and innovative Mayoral leadership with Michael Bloomberg.   It represents an “apps ecosystem” which might survive and thrive despite the other hurdles.

If most apps contests are stupid, where do we go from here?

I’m not sure how to get datasets standardized across 3000 counties and 18,000 or more cities and 50 states.   Perhaps private companies such as Socrata, a premier provider of data catalog services such as data.gov, or a company which has monetized data such as CrimeReports.com can figure that out.   Or – and this is a long shot – perhaps the Mayors’ Innovation Task Force of the US Conference of Mayors would take this on, but I’m not holding my breath.

Perhaps an innovative state government will take leadership and build a data catalog with its cities and counties and standardize the data on the catalog.  This presents a great economic development opportunity – think of all the startup companies in that state which might develop statewide apps, or mash up the government open data against data from other sources such as the census or sales data from, say, Amazon.

The second problem – monetization of apps – will be hard to solve unless and until data is standardized so a single app – a crime reporting app, for example – can be downloaded and used across an entire state or the nation with the potential for millions of users.

In the meantime, we’ll have to rely on the kindness of friends to the government community like Travis Kriplean, innovative leaders like Jay Nath in San Francisco and Mark Headd in Philly, plus the ongoing attempts to standardize data like GTFS and LIVES to carry us forward.

But proliferating these stupid apps contests sure ain’t going to do it.

23 responses to “Apps Contests are Stupid”